It is with great happiness that I announce my health has improved considerably since my last post. This is the result of finally receiving an accurate diagnosis, surgery, and treatment for my ailments.

I was diagnosed with Joint Hypermobility Syndrome (JHS), a genetic condition whose name encapsulates the large group of as of yet undiscovered connective tissue disorders that fall outside of the Ehlers Danlos Syndrome (EDS) definitions.

Connective tissue disorders cause problems in collagen, which is present in most of (if not all) the organs in the human body. This, as you can imagine, causes a fairly wide array of problems.

For me this disorder manifests itself as a tall, narrow stature, long fingers that effortlessly twist themselves into unnaturally acrobatic positions, a shoulder that partially slips out from it's socket at inconvenient times, dysfunction of my autonomic nervous system, and velvety-soft abnormally-stretchy skin. The most disabling and dangerous of it's effects on me, however, were those associated with the increased laxity of the ligaments holding my spine together.

The structural integrity of most people's spines will never be compromised unless they are in a traumatic car accident or similar event. In those cases whiplash stretches the ligaments in the spine past what is natural and as a result the spine becomes dangerously loose. For myself, however, no precipitating event was necessary for my spine to start falling apart. Without my knowledge, my imperfect genes had inserted a glitch into the fabric of my body that made my eventual disability a foregone conclusion.

I'll spare my readers most of the details of my diagnosis process and instead provide a brief summary. I started seriously looking for answers at the age of 18 after I had just started college. The long process included the consultation of tens of doctors who practiced within the obscurity of hard-to-pronounce disciplines.

As my disease progressed there were glimmers of false hope in the form of incidental findings, like the discovery that I was in the early stages of venous thoracic outlet syndrome. There were also crushing blows delivered through the accusations of my supposed untruthfulness and exaggeration of my illness. I was even at one point diagnosed with a psychiatric condition known as conversion disorder.

Many of you who have combed through the troves of genealogical information available in ancestral medical records may recognize this disorder by another name. Many of our female predecessors were diagnosed with this same condition which before 1980 was called "hysteria". Given that the disorder's name was derived from the Greek root word "hystera", meaning uterus, it shouldn't come as a surprise that even in the modern age the disorder is diagnosed at a rate 2-5x higher in women than it is in men. It also shouldn't come as a surprise that it is often used as a way to dismiss mysterious neurological disorders in women.

Of course the accusation that I was suffering from conversion disorder was without merit. In reality it was found that rotation of my spine caused a visible, abnormal, horizontal deviation of my facet joints from one another. Basically my spine was partially dislocating every time I turned my head.

Email ThisBlogThis!Share to TwitterShare to FacebookShare to Pinterest
Labels: About Me

I am sorry to announce the death of my legendary Grandpa Tim. I am preparing a video presentation that I will post in the future to fully immortalize who my grandpa really was. Below is his obituary my family wrote for him. Please keep your loved ones safe and wear masks during these unprecedented times.

Email ThisBlogThis!Share to TwitterShare to FacebookShare to Pinterest
Labels: Obituary

Opening Up About My Health

Hello Everyone,
This post will be different from all the other posts on my blog in that it is not about Genealogy so much as it is about me.

You may notice that as time has gone on the frequency of my posts has decreased and several series posts never got follow ups. The reason is that for the past 2 years or so I have become increasingly disabled with a mystery ailment. The condition I find myself in is very complex, but to sum it up when my head is turned laterally I experience varying degrees of syncope (also known as passing out). It can be as minor as losing vision in one of my eyes for 20 seconds or as severe as a syncope-induced seizure.

Over these past two years I have experienced 3 concussions, gotten a minor nose fracture (which healed on it's own), crushed a number of cardboard boxes, broken a ceramic part of a shower, dented my rooms drywall, and more. As you can imagine this is not particularly pleasant for me. I have had to quit college and my job until everything is figured out. My cognitive functioning is not great as a side effect of the neurological effects constant lapses in consciousness have.

It looks like the end of my nightmare is finally drawing near. We discovered that I have mild to moderate bilateral venous thoracic outlet syndrome, a rare condition with my subtype being extremely rare. Unfortunately because of this crazy Covid-19 epidemic I won't begin treatment (which would include either physical therapy, surgery, or both) until at least May. vTOS doesn't explain all my symptoms, so I may need to continue searching for answers later.

This has been an update on my life, and I look forward to continuing my blog after it is all solved. Until then posts will probably be infrequent. Once this is all over I will definitely make a celebratory post letting you all know how I turned out.

A couple years ago I opened an old, moldy box in my Grandpa Schmidt's basement and found hundreds of old unidentified photos. I have finally uploaded all of these to a single post for other family members to look through. As I do more research I will undoubtedly make better estimations of dates and locations as well as identify more people within the photos. As I do I will update this page with my findings. If you recognize someone in any of the photos after the "Photos of Immediate Family" section, I would greatly appreciate it if you could let me know.

All information on photo studios originally from http://www.mnhs.org. Specifically, I combined information from the photographer and studio directories. On some I also referred to newspapers during the time period to ensure they were actually operational. These directories are not 100% accurate in the years work, but should serve as a solid guideline.

Today's post will tell the story of my 7th great grandfather, Isaac Van Wart. Before I begin I would like to preface that this is not the Isaac Van Wart who captured Major John Andre during the Revolutionary War (although they are related). This Isaac, like many others, was one of the revolutionary war veterans who weren't honored with a section in the history books, but whose sacrifices should not be forgotten.

Upon reaching adulthood Isaac began working in the cordwainer trade (8), crafting shoes out of leather (8).

In the year 1777 Isaac, unmarried and just 27 years old, was commissioned as a 1st Lieut. in Capt. Jacob Wright, Company in the late Philip V Cortland Regiment, on the continental Establishment in which company and regiment he served as Lieut. from that time until the spring of the year 1780, when he retired from the service of the revolutionary war (5). During his service he was engaged in the battles of St. John's, Quebec, White Plains, Hackensack Bridge, Saratoga, Monmouth, and Stony Point (18).

Postcards from the past: the Gustafson-Van Wert Family pt. 1

There is something truly special about reading the handwriting of your ancestors. 100 years ago they carefully inked a name or a word, and now you are once again reading that same word in the same writing. Even more spectacular is reading postcards from your ancestors. Each one is a memento of a story, a voice from the past. I was lucky enough to receive a box of postcards from my Great Uncle Everette Van Wert a year or so ago. Below is the first installment of some of the specimens from the box collection.


Postcard to Frances from her Father (Date Unknown) 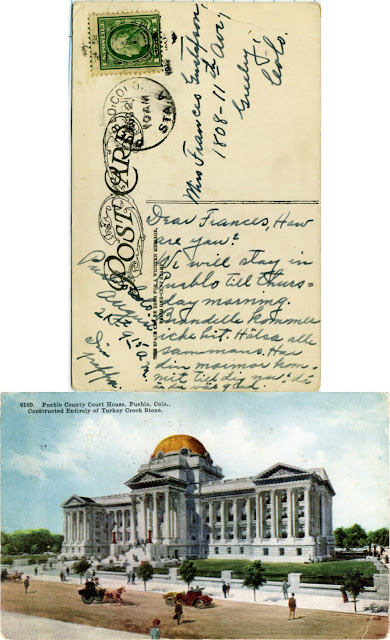 The text of the postcard is in half English half Swedish and reads the following:

Dear Frances, How are you?


Dear Frances, How are you?

We will stay in Pueblo till Thursday morning. Brandelle(?) will not come here. Greet everyone for me. Has your grandmother come to you? (illegible sentence)

Over the past few years, it has become my job and passion to preserve and find all the fascinating history, stories, and photographs from my family's past. A few months ago I was ecstatic to receive a box of memories from my grandma Joan Van Wert, within which I was happy to find a collection of photographs bound lovingly in a book by my grandma's mother, Frances Gustafson-Van Wert. This post contains all of these photos as well as descriptions and some labels of who appears inside them.

People featured and their relationship to me, as well as a numerical identifier which is used to identify them alongside their name in the photograph descriptions: 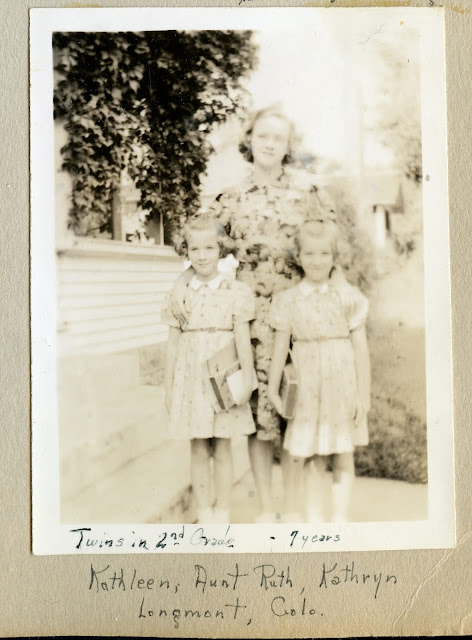 Pictured above are the identical Segerhammar twins in 2nd grade at the age of 7 yrs in Longmont, Colorado with their mother Ruth. From left to right those shown in the image are Kathleen Segerhammar (P48), Alva Ruth Elizabeth Gustafson-Segerhammar (P22), and Kathryn Segerhammar (P49).

It is with great happiness that I announce my health has improved considerably since my last post. This is the result of finally receiving ... 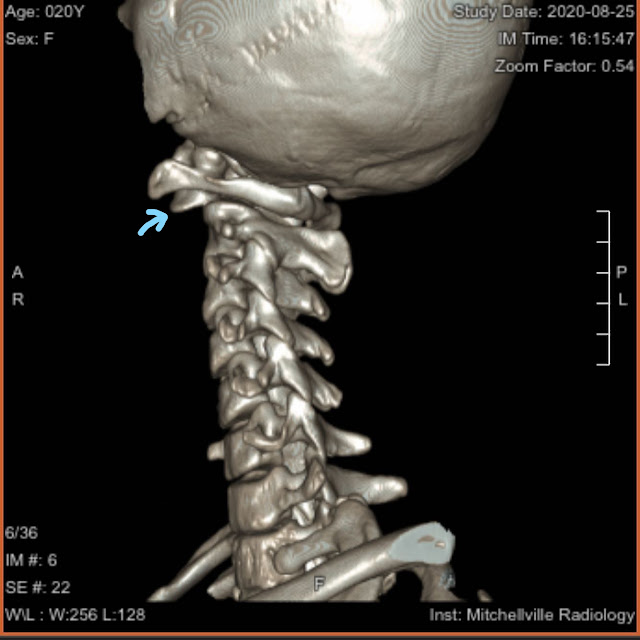 See something you like? Consider sending a dollar or two.